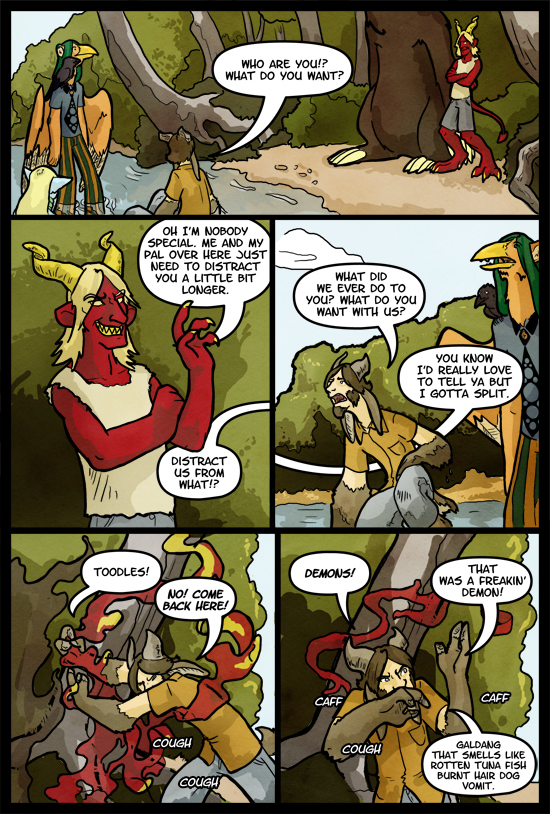 So…maybe brimstone, with a dash of hellfire and a twist of corruption?

ugh, sulfur. we melted it in chemistry and I stunk of it for hours, worst smell ever!

Sulfur itself is fairly odorless, but the compounds are some of the nastiest pieces of work in chemistry. Sulfur dioxide, the mercaptans, hydrogen sulfide, all of them are vile.

The description of rotting fish, though, brings to mind a compound that doesn’t involve sulfur – trimethylamine, which is the substance responsible for that “fishy” smell.

It’s probably a mix of mercaptans and trimethylamine, maybe with a touch of sulfur dioxide for that genuine “brimstone” scent.

“I had my mouth open and everything!”

“Oh, GOD, I can TASTE it! It tastes like licking a carpet that belonged to a crazy cat lady who’s house burned down!”
“That’s… rather specific.”
“It was a weird day.”