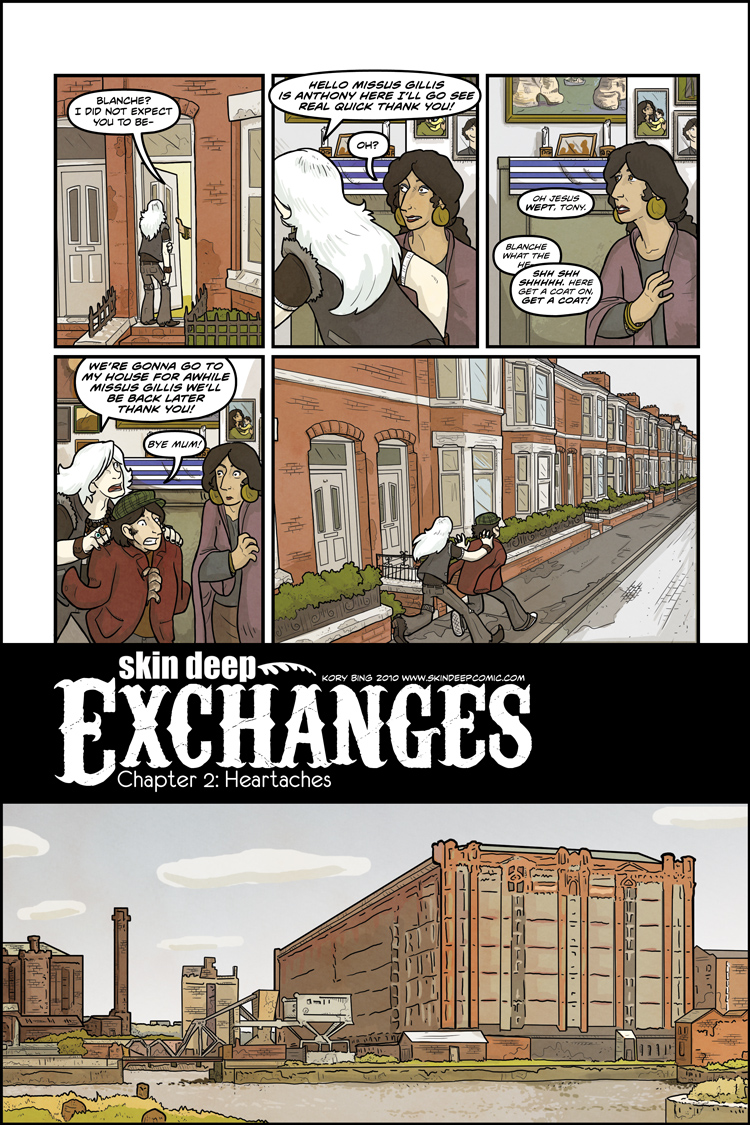 And she never saw them again.

This page is brilliantly done! I love it ^^

Y’know, looking back on this page…Anthony’s mom does look a little exotic…I bet she’s got some sort of bird-creature blood in her!

this is England you’re talking about mate. Since the British Empire got a lot more mellow and friendly, the only thing that would be honestly considered exotic around there would be a Maori or Laotian Native in traditional garb, speaking with a full on Orkney accent….and even then, that’d get about a minute of attention then everyone would remember they had some lunch appointment at the bistro or something of the like.

long story short, pull up a map of the areas around England, passports are basic necessities around there like Identification cards are everywhere else because you can’t walk about 300 miles(and whatever kilometers that would translate as) without having likely crossed three borders, depending on your angle of travel.

Ah! I bought a bunch of your books and cards at Wondercon and I love them!! Glad you had a good time at, the show, and thanks for all the great work!

Do you think her earrings might be separate medallions? I was rereading and the thought struck me. Dunno how possible that would be (two medallions?) but it’s just a thought!

Or maybe one is a medallion and the other is made to look like a medallion, but without the magic (as having two may or may not screw with her human disguise/midform etc)?

“Jesus Wept!” is definitely an expression I have to work into parlance at some point. Maybe while playing Dark Souls 2 with a friend of mine, given how common a frustrated outburst occurs playing THAT game. ^,^

There’s a guy who goes by the user name “Miracle of Sound” on YouTube who does quite a few songs based on (or parodying) video games. The one for Dark Souls is appropriately named, “YOU DIED!”

… which is something that happens in Dark Souls. A lot. As you’ve discovered.

Why, is that a picture of exotic Greek islands on the mantle? ;)

…And the award for “the most suspicious thing you can hear from the other room” goes too….. “Get a coat!”

Another space for the awhile.