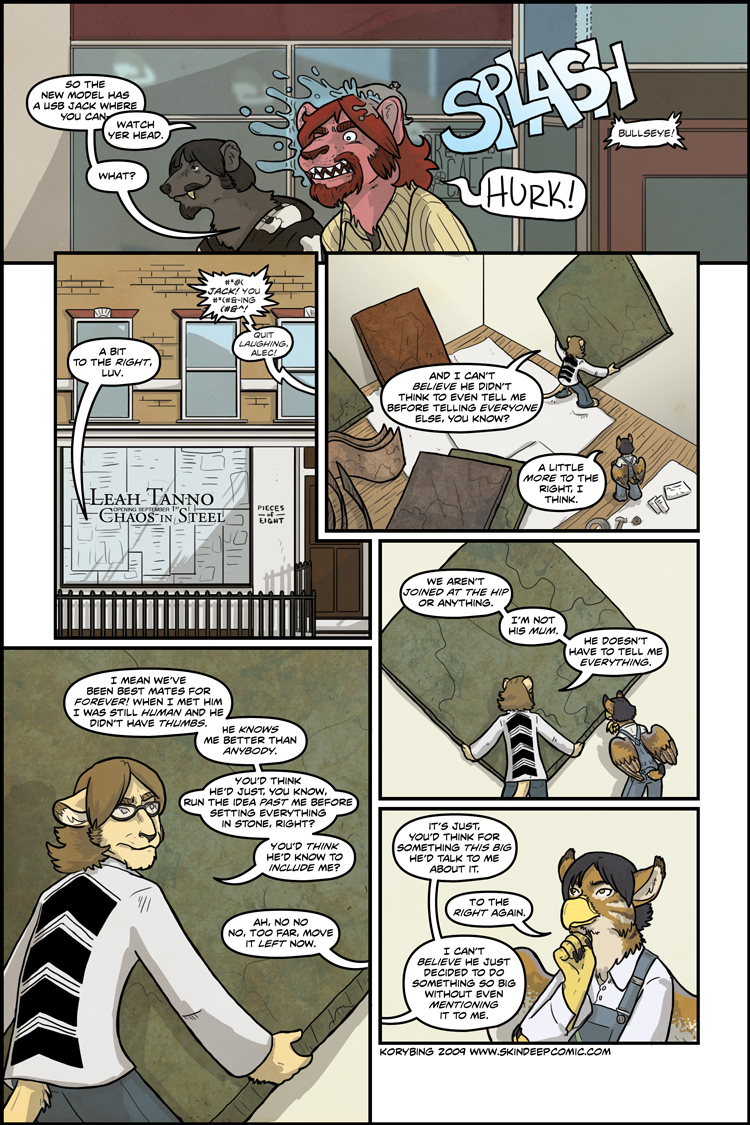 Something tells me he’s covered this ground with her before…or maybe she’s just short on empathy for his bromance.

So do all bugbears have an innate sense of where and when mischief is happening?

Well, they are capable of sensing people’s locations, and they do live for mischief… it wouldn’t be that much of a leap in logic to figure they have a sixth sense for local mischief going on.

Then again, maybe Alec just saw them holding the balloons as he and Ike were approaching, and decided to subtly set up that shot.

I love that griffins’ design.
Must resist drawing FANART.

Why resist? GIVE IN TO YOUR FEELINGS. LET THE ART FLLLLLOOOWW THROUGH YOU.

Maybe I played too many video games, but I have an urge to run up his back for a turbo boost.