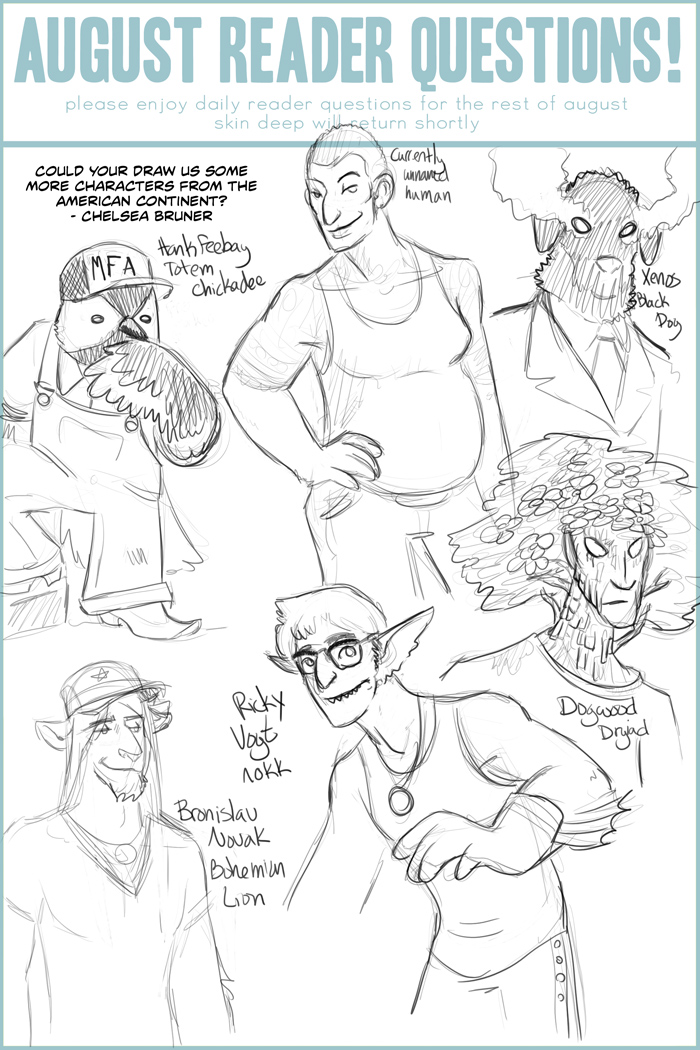 I’m not sure if it gets any better than a good ol’ boy anthropomorphic chickadee ina trucker cap. Hank is just a pile o’ cute.

As is Ricky. Darn it, why are all of your young Nokks adorable? It’s tragic, is what it is.

I like the new designs and looking forward to the next story. It’s true though, why do the Nokks look so damn adorable??? Not bad for a mean-ass aquatic race >^.^<

Would that Black Dog be the same kind that is said to haunt gallows in England? If so, cool! :D

That depends on the dog. There’s about a half dozen well-known Black Dogs that lurk the British Isles, probably even more that went unrecorded or mistaken for one of the named ones. Gunnerkrigg Court has a good page on it.

I was beginning to wonder when your interests in mythology and in the population of TeuFort would finally meld together. But, like every thing else you do in your head, you pulled it off seamlessly.

Anything that has glow in the dark eyes is usually scary.

I know the answer will be magic, but I still have to wonder how does the anatomy on that chickadee work.

are we gonna see any Jersey Devils? or did we already see some before and i’m just being the selective amnesiac that i am? :O

I would definitely have pegged the Black Dog as a more British myth, but to be honest, I’d be happy to see it in the comic in any context =)

There are plenty of humans with European ancestry in America; why not mythical folk, as well?