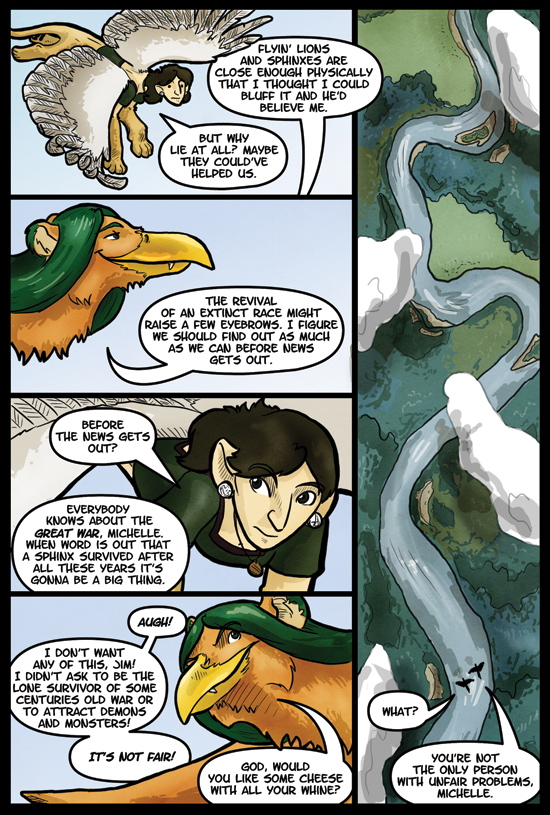 Thanks for getting this out in the comments. I just started reading this after enjoying a story heavily inspired by this webcomic, and every time it’s come up it just keeps bothering me that Michelle just isn’t allowed to vent whatsoever. Maybe she has it “better” than her friends, but despite having people to explain everything she still doesn’t have anyone to listen to her as she’s UNDERSTANDABLY freaked out by the whole “whole new bauplan, secret family history she doesn’t know about, also being hunted by demons or something and part of a supposedly extinct species” thing.

Plus, obviously her friends haven’t worked through their things because every time she tries to vent towards one of them they get to complain about THEIR problem, and then pull the “I don’t complain about my thing which is obviously so bad so you’re a whiny baby for complaining about yours” card.

I suppose I’m just saying, thank you for saying that the comic gets somewhat better about this and thank you for showing that I’m not alone in not liking these moments.