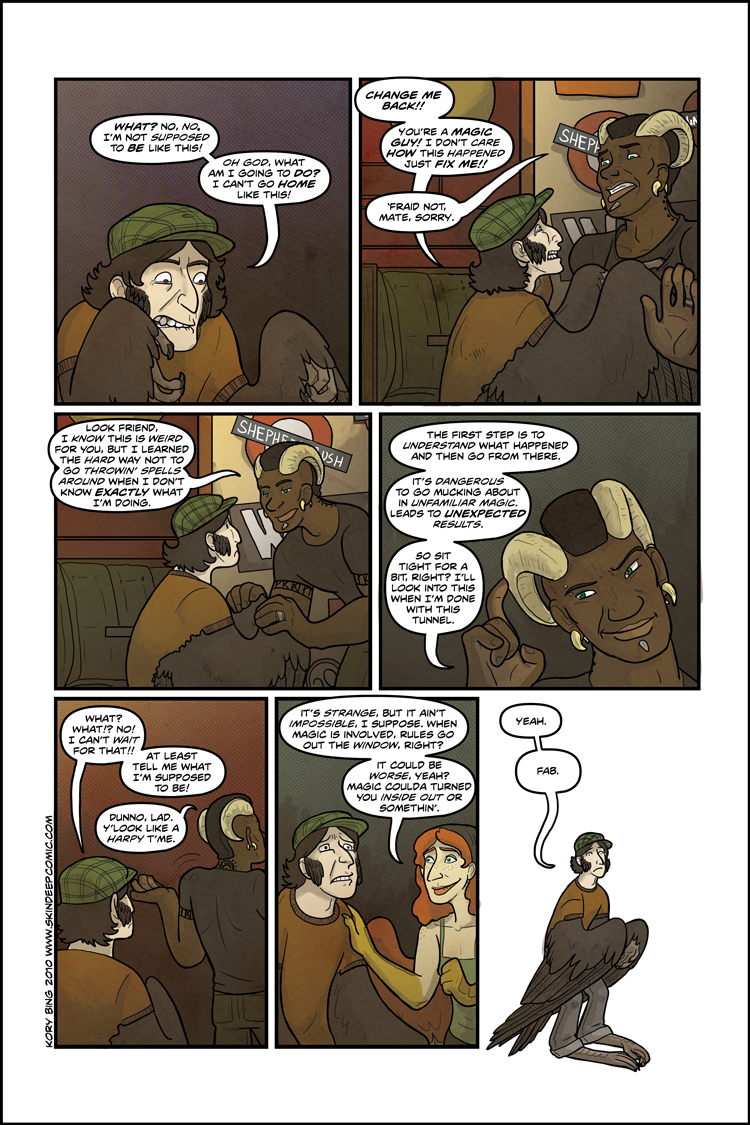 I stood on my ankles once. We had to sit cross-legged for about an hour in gym class one day. I let my legs fall asleep. When we were allowed to stand up, I didn’t check my (insensate) feet. I ended up putting my full weight on my turned ankles. I even took a few steps before I realized what I was doing… Yeah, that hurt for a while afterwards.

And I am doing a re-read of the comic. I never noticed the alt-texts!

Maybe I am just dense, but I’ve seen reference to these “alt-text” things before and looked, I just don’t see them anywhere, can you tell me where to look or what I am missing?

You hover your mouse over the image; in most browsers, a little box will come up. Usually it’s just the description or filename, but some people like making alt text for a little added fun or commentary.

What if I am on a phone

on ios, tap and hold and it will be at the top of the little pop up that gives you the option to download or share the image

The alt-texts started on the first page of Heartaches. You can tell because “I finally figured out how to do alt-texts!”

All I can think of is this scene from Adventure Time: http://www.youtube.com/watch?v=6xq6_YSFGpQ

Awwww, Youtube copyright claim dusted that one up, but good.

Something doesn’t add up here. Tim admitted that he doesn’t quite know what’s going on, but either he or Madam U are wrong (or a little bit of both, maybe). Considering that the consensus of Anthony’s species is harpy, one of three conclusions can be drawn. First, harpy medallions do exist, because you can’t be under an illusion spell like that without one. Second, Anthony is some kind of species that does have a medallion. Third, Anthony got caught up in a spell somehow that transformed him, whether it was cast on him or not.

I certainly hope that his story is revisited somewhere down the road.

I hope so too, though I just want to see more Anthony and Blanche :D

There’s always the possibility that someone tried to turn Tony human when he was born and it didn’t quite work right. So instead of an illusion of humanity the spell caster literally shape-shifted him, and when Tony came into contact with the medallion it broke the original spell because of how oddly it was put together. Or something. Dunno. I hope Kory adds to this storyline.

Awww no Anthony’s crying. Why’d I only realize this now :(

Fab. That is quite possible the best catchphrase I’ve ever heard. Do you use it in actual conversation?

Tim’s a-bit of an @sshole in this page tbh.