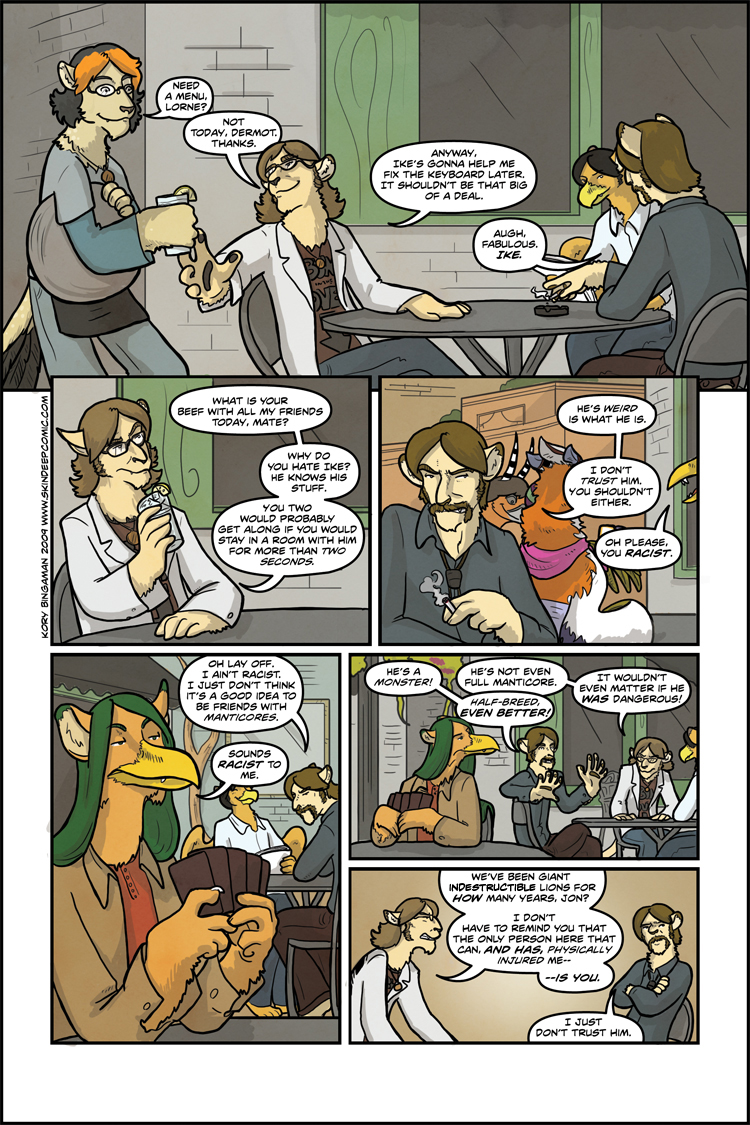 Hmm I don’t have alot of English voices to go on, but I typically imagine Paul sounding like a slightly more Naf (hehe love that word) version of Captain Price from CoD.

Reading through this once more, Jim’s being a little of a hypocrite here, isn’t he? He strongly distrusts Bugbears, and yet he gave Jon a hard time for distrusting Manticore (even a half-breed).

Jim is at least basing *some* of his bugbear issues on personal experience. It’s not clear how many bugbears there are in the LA other than Alec, and it is clear that Alec is more than a bit of a jerk. According to this page, Jon has spent hardly anytime around Ike. His opinion is based entirely on what he’s heard about manticores ans crossbreeds.

Plus the only time we’ve seen Jim say anything about bugbears at all was in the middle of a *really* bad day, so he may may not distrust bugbears as much as his sentiments in “One-Eyed Bear” would imply.

well, i guess you could argue that point too, since it seems that bugbears go out of their way to seem creepy and untrustworthy, whereas a halfbreed manticore probably won’t want all the bad names and dirty looks people would give him, and want to make a better name for himself.

Jon has an Umbridge moment!

Hi admin it was hard to find this post in google. You need authority
backlinks to rank higher in the top 10. I know how to rank your website, search on youtube: SEO optimization bulletproof strategy