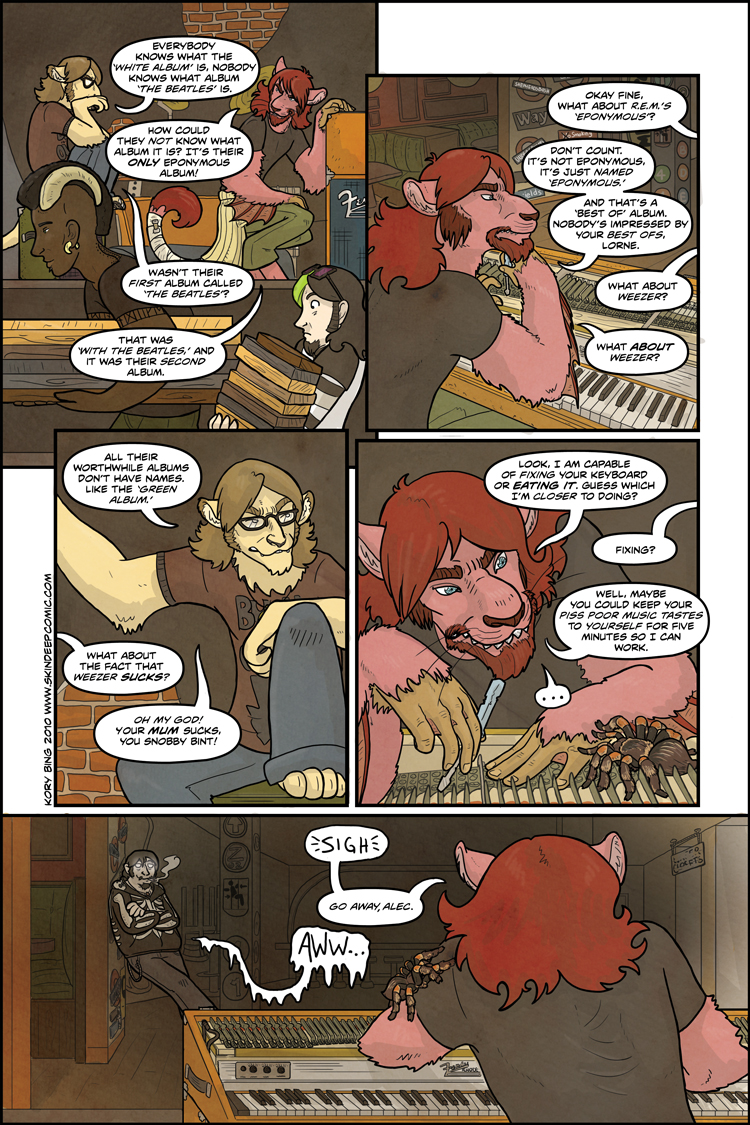 poor alec he wasnt able to scare ike xp i feel id react the same exact way if i were alec, which is why i feel id be a bugbear, i just love scaring the crap out of people!!!

That tarantula.
IT IS ADORABLE. *squees*

I’d say it’s probably one of the brachypelma family, rather.

Reminds me of the Mexican Redknee Tarantula (Brachypelma hamorii) :)

I thought Weezer’s only worthwhile album was Pinkerton?

We should SO continue that argument in the comments…

Not even in the Beatles museum have I heard such an in depth discussion of the band.

The problem is that the particular The Beatles album is best known by its public nickname, and not its actual album title.
Same as Metallica – Metallica, which is commonly called the Black Album.

Peter Gabriel’s first four solo albums were just named “Peter Gabriel” along with their year of release. The first three are known by descriptions of their album covers: “Melt,” (1980) “Car” (1977) and “Scratch” (1978). The fourth is sometimes called “Security” (1982) though that is not its official name (Geffen insisted on putting SOME kind of title as a sticker on the outside of the shrink-wrap). And that was all probably before Lorne was even born. Sigh.

Rereading the archives; to be fair, everything from Weezer past the Blue Album except for a few rare choice bits from Maladroit and the Red Album *does* kinda suck…