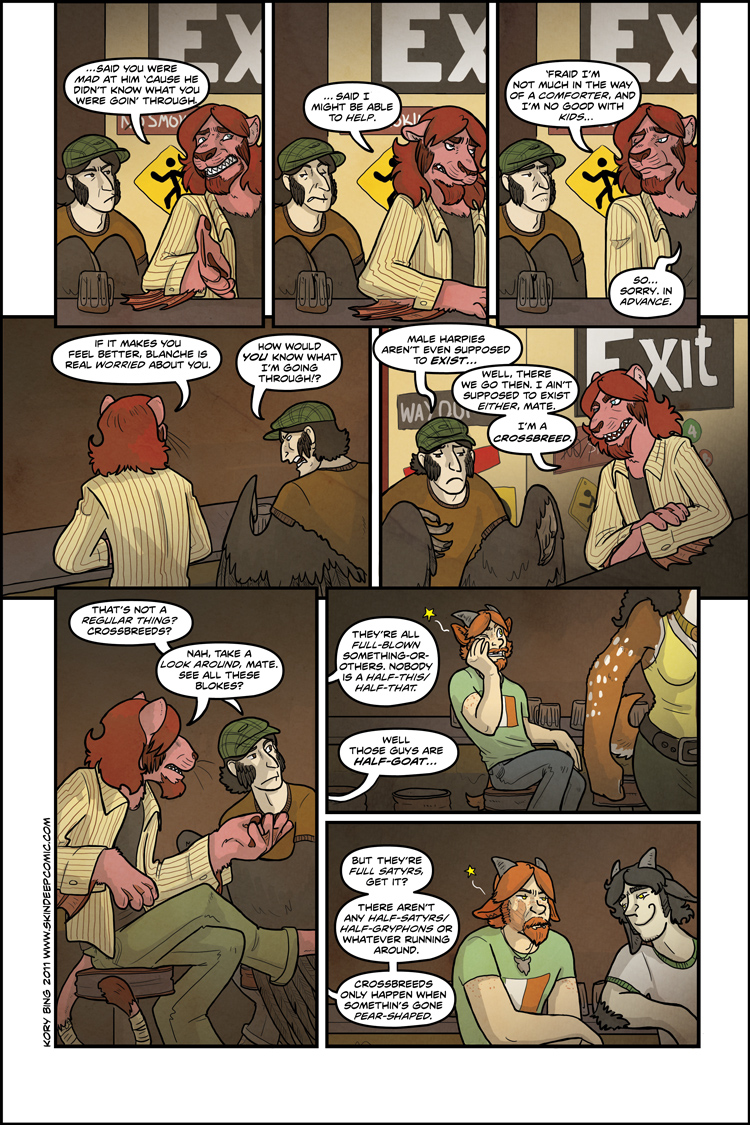 Happy Valentine’s Day! I made you a Valentine! 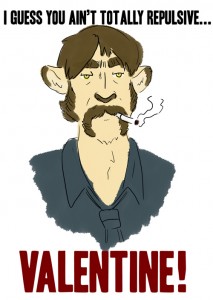 I hope you like exposition, because this whole seen is just full of Ike word vomiting all over the place. I figure you guys have been nice and patient with me never telling y’all anything, so I’ll reward you with a little bit of straight-up infodumping. Congrats! You earned it, kids!

Also, if you follow my twitter, you’ll have heard about this already, but I have teamed up with Sfé Monster to bring you a new comic site! It’s called Monster Bones! 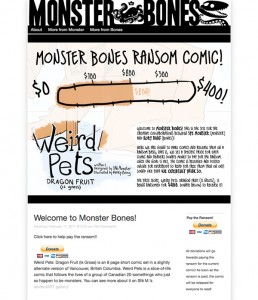 Monster Bones will be a bunch of shorter comics written and designed by Sfé Monster and drawn by me! The first comic is from a story called Weird Pets, and if you like Skin Deep I think you’ll like Weird Pets a lot! We’re releasing each comic using the Ransom method, which means we put up a ransom for it, people donate towards it’s release, and when the ransom is paid it will be released for EVERYBODY to read! We’re already over halfway to our goal for the first comic! Super exciting!

And for our wonderful donators, you will all get some nice goodies from us as a “thank you” for your help! Watch the Monster Bones blog for more info on that as soon as we get our crap together and figure out exactly what your rewards should be. But you will have donation rewards!

Aw man, how much do I love Ike and his gorgeous expressions of awesomeness? The answer is a whole heckuva lot.

How long did it take to load?

I found it through Twitter before the comic posted and opened it in a new tab and waited for the wait/loading icon to go away before I even clicked on the tab. A second or five.

“Wanna see how “gruff” we can get together?”

“Bet that tail would wag easier if freed from those pants.”

Whatever he said or did, she didn’t find it amusing. Still, that’s what he gets for trying it on in a venue with amplified music. You can’t really impress her with the depth and timbre of your bark if you’re being drowned out by the bass, and many of the other cervine dating strategies would get you ejected or barred. Then again, so would the promised off-screen satyr punch-up. Sigh… satyrs. The palm-catcher looks like he’s old enough to know better, too.

I like exposition :D (and the alt text, lol). It’s stuff I’ve known for a while, but I know a lot of other readers aren’t spoiler-junkies like me ^^;

INFO DUMP IS AWESOME. Seriously. I really like them. Get it all out there. Better out than in, or something. And that’s an awesome valentine.

We Brits have to practice.
Otherwise we start sounding Australian.

Thanks for the reminder what day of the week it was!

Very clever thing Ike’s doing with his cuffs. Me likey.

You sneaky bastard. You and Sfe M. came up with a damn good way to scam, I mean to finance your talent and excite readers. You’re very clever (and sneaky).
I got nothing to say about the page, it’s great like every thing else in this comic

Looks like that one hasn’t got the luck of Irish tonight.

Well durn. I have to ask this. What does “pear shaped” mean in Ike’s statement?

Actually not just British. Also an American (though uncommon) idiom.

its assumed to be related to glassblowing, where when the glass is either too hot and runny, the bulb starts to stretch and warp, going from a wonderful perfect ball, to a distinctly pear shape. At that point, the only way to fix it is to snip the bulb, melt it all back down, and start from the beginning.

Muahaha! Monster Bones says I got to put in the $20 to push it over. Life is good- release the comic!

Maybe Tony’s a crossbreed too, like mostly harpy and a bit something that does have males included?

I would love to appoint Ike as my official advisor and life counselor.